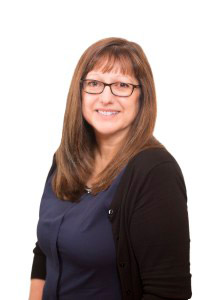 (Chesapeake, VA – November 25, 2015) – Yupo Corporation America, the largest manufacturer of synthetic paper in the Western Hemisphere, recently announced that LouAnn Knapp has joined the company as Director of Business Planning and Sales Operations.

Paul Mitcham, Yupo’s president and Chief Executive Officer, made the announcement. “In hiring LouAnn Knapp, we could not have found another candidate with more working knowledge of our products, nor one as ready to hit the ground running,” Mitcham stated.
In her new position, Knapp will oversee customer service, production planning and marketing functions for the Chesapeake-based manufacturer. Among her priorities will be supporting domestic and Latin American sales expansion.

“We found the perfect fit for our expansion plans,” Mitcham explained. Knapp was most recently the executive vice president at DaiEi Papers Corp., where she handled YUPO products in the Brazilian market since the late 1990s and within other Latin American countries since 2010.

“From her considerable industry experience, LouAnn is well acquainted with YUPO paper and our company,” he said. Knapp has worked with major commercial mills for more than 38 years on everything from international business, domestic business, customer service, and logistical issues. She has unmatched knowledge of the market, from experience with the shipping lines and navigating U.S. Customs, down to personal experience with merchants.

Knapp has an extensive understanding of Yupo’s grades and product lines from having travelled with Yupo sales staff within Latin America and appearing alongside them at industry trade shows for years. “I’ve not required much product training,” Knapp said. “The majority of my on-boarding has involved getting acquainted with our work flow and systems.”

“Yupo America has established a new supply chain that will better serve our Latin American clients,” Mitcham said. “With LouAnn’s unique skill set and considerable experience, we’re better positioned to grow our market presence and ultimately help customers with the purchase, delivery and development of all YUPO products.”

In recent years, the demand in the Latin American market for synthetic paper has expanded along with the overall economy. Because of events such as the FIFA World Cup in 2014 and the upcoming 2016 Summer Olympics in Brazil, interest and use of products made with YUPO have grown dramatically.

Another plus Knapp points out is her familiarity in working within a Japanese company.
“Relationships will be a big part of my job here at Yupo. I will be building relationships with key internal and external stake holders while supporting all the company’s customers, foreign and domestic,” Knapp said.